March is National Essential Tremor Awareness Month and throughout the month we will be shining a light on people who have essential tremor. Everyone has a story to tell. We hope that these stories will resonate with others, validating the everyday struggles people with ET feel physically and emotionally. As we shine a light on these individuals, we are shining a light on ET and raising awareness. Please share these stories with others. 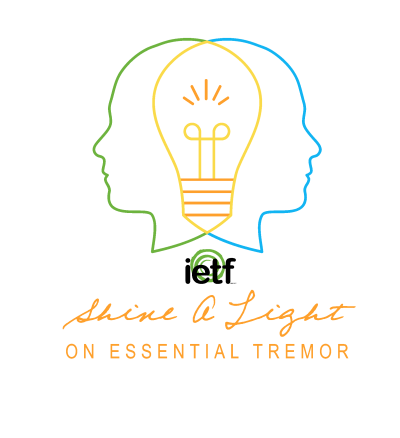 Gradual, insidious, and nasty are three words that I use to describe essential tremor (ET). I am an 84-year-old widow with ET everywhere. I am also hearing impaired and my speech is affected. I wanted to share my story to try to help others. I think the biggest misconception about ET is the general belief that it is a little condition for the aged, which is merely an inconvenience.

I am a retired junior high teacher and it was actually one of my students who made me pay attention to my shaky right hand. I knew I was shaking but I guess, like many others, I tried to ignore it. This was in the 1980s.

I asked my general practice doctor about my shaking. He just smiled and said, “You don’t have Parkinson’s disease.” But he didn’t give me a diagnosis or any treatment suggestions.

My tremor remained static for a few years. Then when I retired in 1995 it had moved to my right leg as well, but was not too noticeable. In fact, when my husband passed away in 1999, he was not aware of it. But, then it began to worsen.

I began doing some research online and disagreed with my doctor. I was sure I had essential tremor. He finally sent me to Akron Hospital and after some tests they said I was correct, but still no one suggested treatments, medications, or advice. I tried weighted eating utensils, but didn’t have much luck.

Soon shaking began in my arm and leg on my left side. I had given up my volunteer work with Hospice and concentrated on my hobbies: reading, tatting, needlework, and piano. I found myself withdrawing from any public functions and depression set in. The doctor gave me medications for depression and it helped some. Soon I quit cooking and got Meals on Wheels and used my microwave. My favorite coping method was spending time with my faithful companions, a cat and dog, and my Christian faith. My church still keeps in touch today.

In 2010 I just about wrecked my car when my arm spasmed. So I parked my car and called my kids. In a couple of months I was safely moved 130 miles away with my youngest daughter who is a trained caregiver. (My older daughter lives in Australia and my son in Texas.)

We have conducted some background research on our family and have found my niece is sure she has ET and my granddaughter, too. We think my father and sister did as well.

Since I moved I have a general practice doctor who believes me. He referred us to Wexner Medical Center (at the Ohio State University). I have officially been diagnosed with ET and almost had Deep Brain Stimulation surgery, but I decided not to. It just didn’t “feel” right.

I am on medication now but I don’t think anything is helping much. I am looking into the new MRI treatment since it is conducted nearby.

My advice to anyone who thinks they have essential tremor is to find a recognized specialist who listens and believes in you. Also, get involved in helping. I can’t do much now but when I die my brain goes to Yale for ET research.

P.S. It took me nearly four hours to type this.