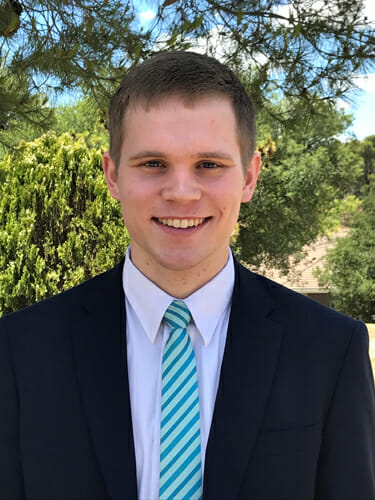 Terrin’s essential tremor began to show itself while he was in Brazil, on a service mission. His friends commented about it and sometimes made fun of the way he shook. He said he came to realize people laugh at that which they don’t understand or what makes them uncomfortable. Since that time he has made an effort to raise awareness about ET.

Terrin is a student at Brigham Young University in Idaho. Some of his extracurricular activities have included organizing an effort to make therapy pillows for pediatric open heart surgery patients, and collecting food and other items for care packages for airmen and soldiers who are overseas.