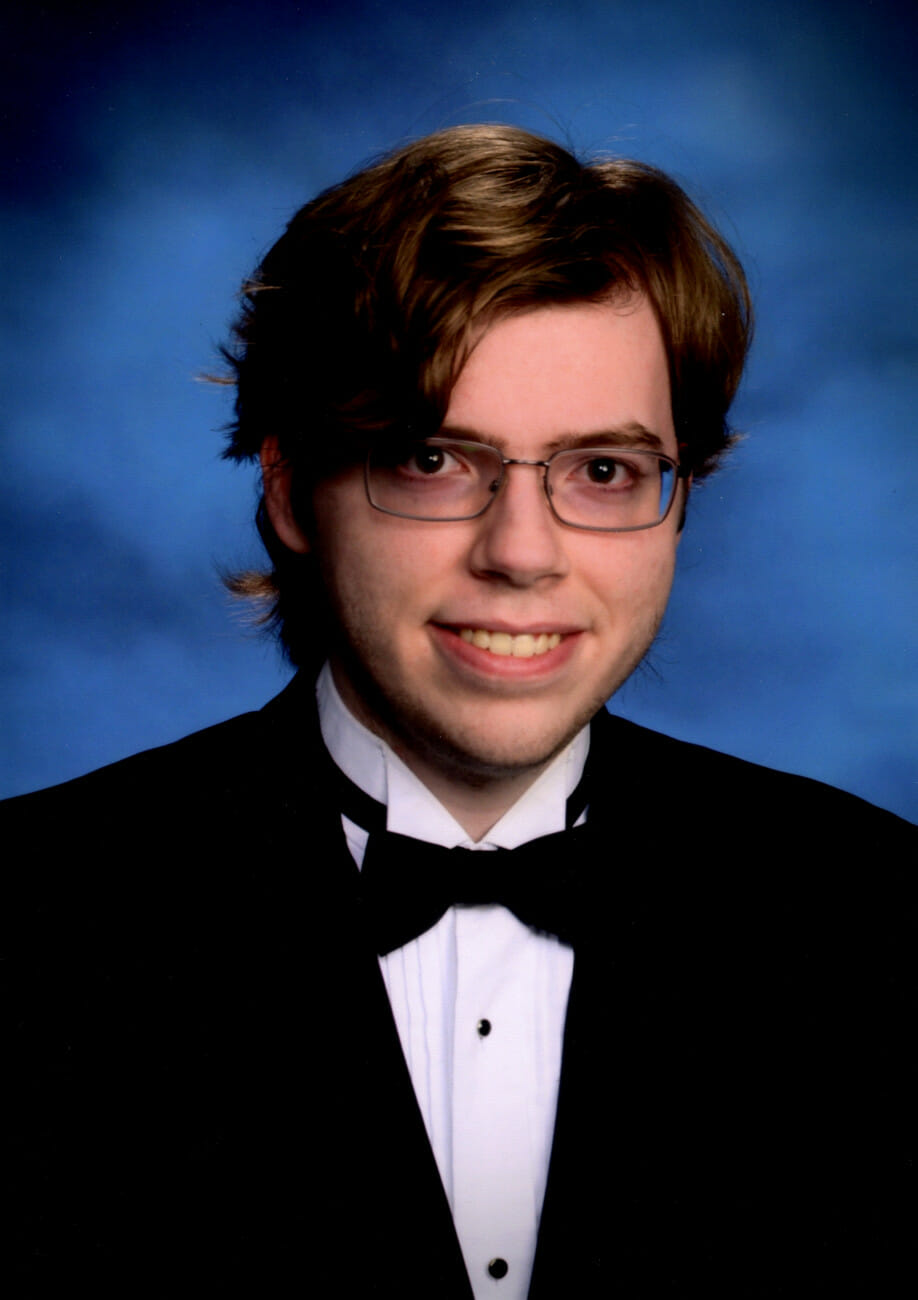 Sam was in middle school when his essential tremor (ET) began to show itself in his hands. He has found it both annoying and inhibiting. It has impacted his ability to write, draw and play his guitar. It also has been a challenge socially.

“No one wants to be the weird kid with the shaky hands,” he said.

He is thankful that most of his academic work can be completed using the computer, which is much more manageable than work that requires him to write by hand. He feels lucky to live in the digital age where he can use tools that don’t require such precise hand movements.

While ET has challenged his guitar playing, Sam continues to feed this passion. And he even found a group of like-minded students at his school, the University of Texas at Dallas, he can practice and perform with – the UT Strings Attached Club.

He is studying arts, technology and emerging communication at UT with hopes of working in the field of animation in the future.