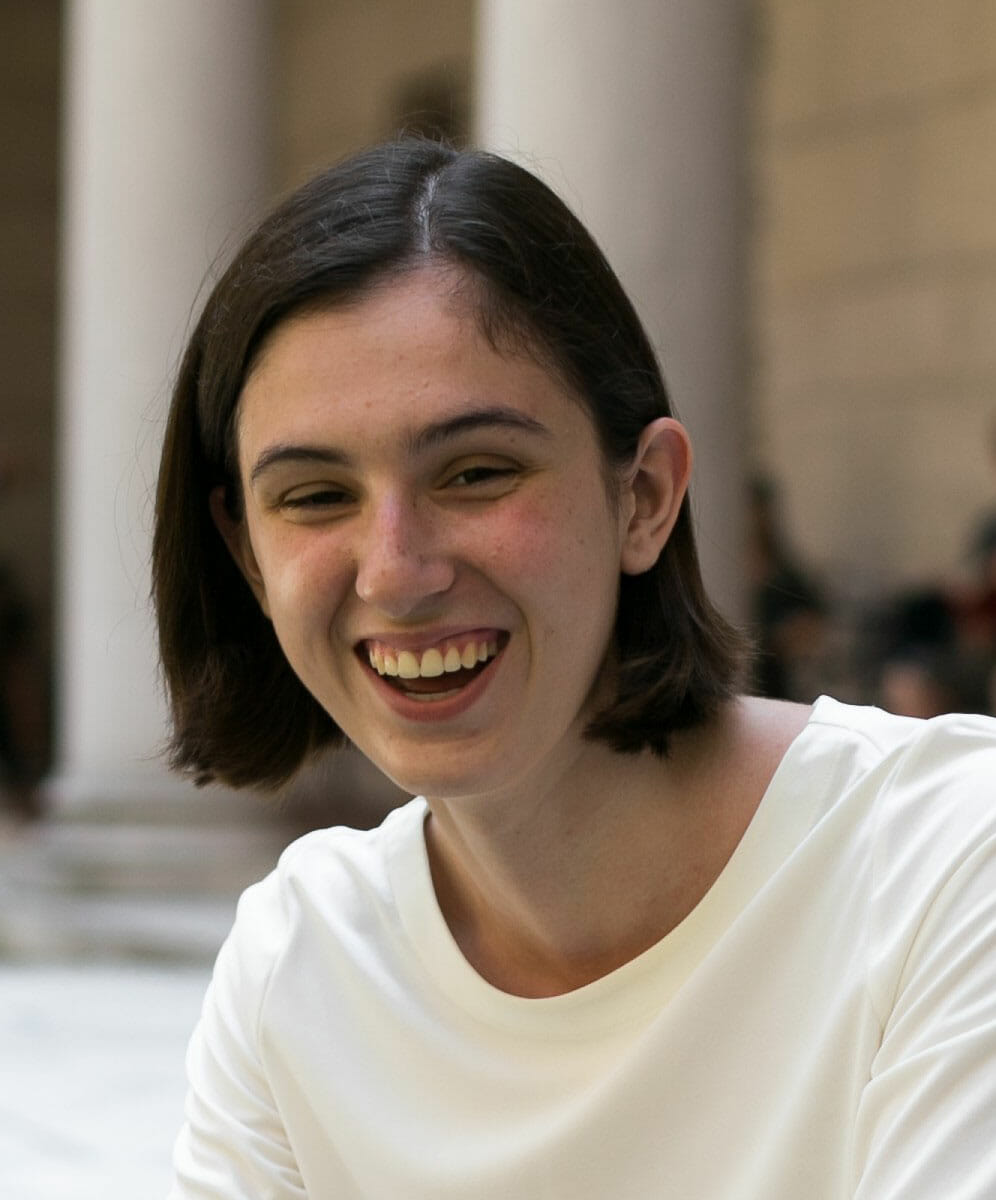 It was others who pointed out Elizabeth’s shaking hands to her. But by the 8th grade, she began to have difficulty writing, eating and buttoning her shirt. Essential tremor runs in her family so she wasn’t surprised when she was diagnosed.

The year she received her diagnosis is the year she became fascinated with the law. Advocating for herself in the classroom gave her a taste of what it would be like to be an attorney, negotiating and listing her needs.

Her shaking hands played a positive role in her performance as a “defense witness who was the victim of domestic violence” at the National Judicial Competition. It earned her two “Outstanding Witness Award” nominations.

Outside the classroom, her tremor has given her a unique appreciation for special education law.

Elizabeth is a student at the University of Massachusetts, Amherst. She has aspirations to attend law school.